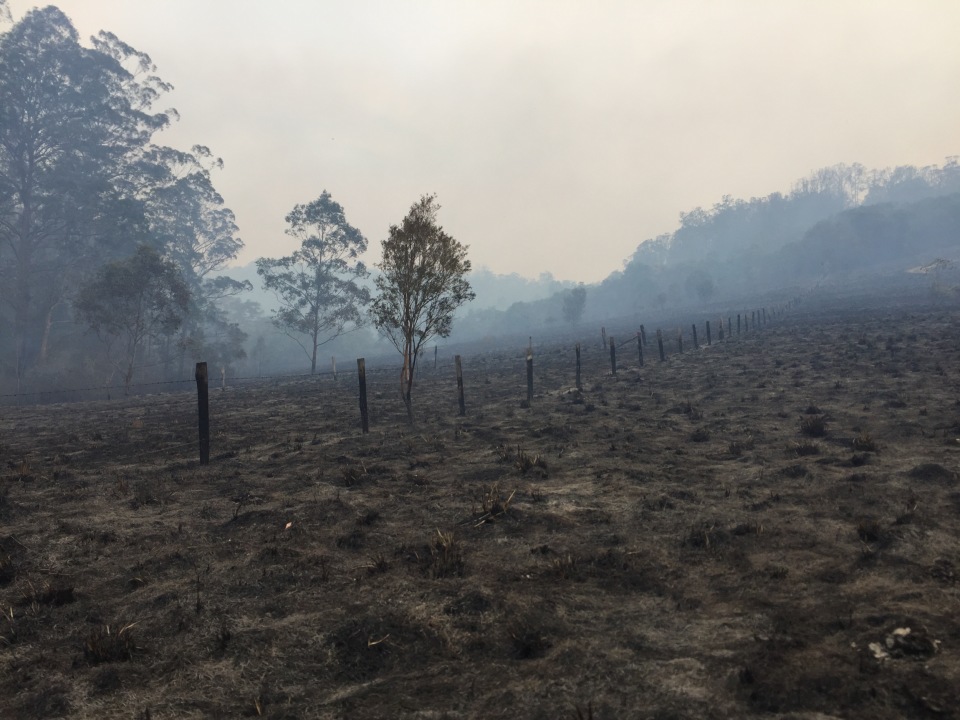 Unless you have been comatose for the last week, you would have noticed a LOT of smoke throughout the mid-north coast. And we here in Rollands Plains have been at least partly to blame...

A fire started in the Bril-Bril forest over the weekend, and made its way over Wallaby Hill to us on Saturday/Sunday. It came through our southern boundary on Sunday, and then slowly made its way into our property against the wind. Forest Corporation workers put a dozer containment line between the fire and our house on Tuesday, part of a containment line that skirted the now huge fire. The fire jumped that line a couple of times near us, and they/we rounded it up, with the closest one coming within about 100m of our house.

By Wednesday afternoon it was decided that the best course of action was to back-burn across the rest of our property - resulting in a spectacular fire display, but making our place safe from any further fire outbreaks. Ever since we have been hearing regular THUMP!'s as large trees fall nearby. Forestry workers are now chasing the fire further west as it heads into some very innaccessible terrain in the Wilson River catchment.

We are thankful for the help of the Forestry crews, thankful for the favourable winds we have had all week that caused the fire to just mooch along, and thankful that there were no houses lost down Lake Cathie way on that terrible Tuesday just 2 days ago. Very thankful indeed.

PS The fire only came to within about 500m of our garden. All sweet!